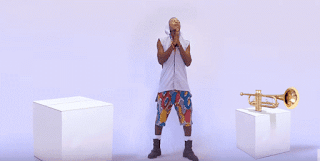 Kwame Baah is back to raise eye-brows with his new song titled ‘Sad Truth 3’ produced by Jay Scratch and video directed by JmKad.

Kwame seem to be consistent with the Sad Truth series and it’s almost like a lyrical blog for him. In the first and second episodes, he spoke mostly about the mainstream acts and politics respectively, touching on social issues as well. This time around, the rapper touched on sensitive but real issues. These are connected to what “Stardom” means to most up and coming artistes and how they lose control when they have some fame on social media.
Kwame Baah on most of the topics he talked about in this record is highly controversial. People actually get hundreds of “LIKES” on their social media posts but when a song is out, not even half of those numbers download the song. This is just the way it is and there is no further explanation to it. Watch and leave your comments
previous post