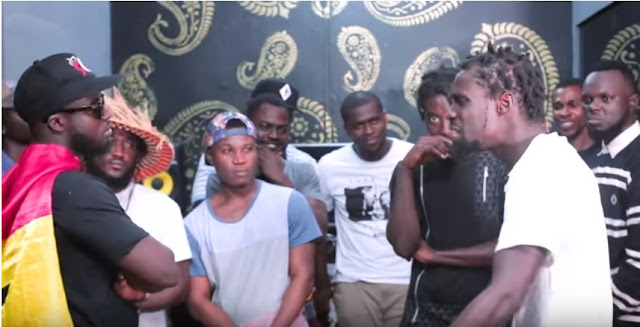 Lyrical Wars Gh presents the first rap battle in Twi starring Ratty Ghana and Ankwanda.
The two well-versed twi rappers were made to battle it out in a three-round freestyle rap to show supremacy in addition to holding the bragging rights.
Lyrical Wars Gh have been in this for a while to promote real rap talents and keep the rap culture a base. Video made possible by Third Eye Montage and had Bebelino passing through.
Watch below and lets have your comment on who won.
previous post