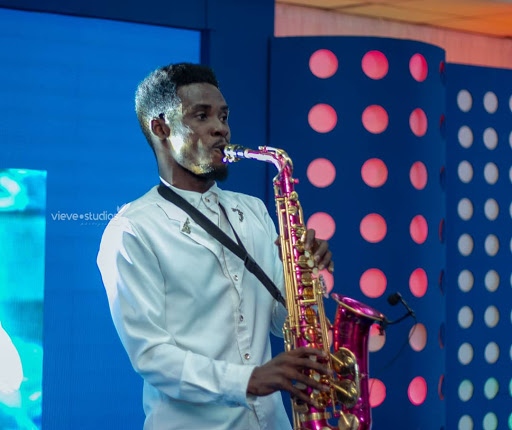 Ten companies were last Friday awarded at the second edition of the Ghana Beverage Awards (GBA) held at Alisa Hotel in Accra.

Amidst the recognition and awarding of hardwork was a spice of entertainment for the night to calm down nerves, with the presence of saxophonist Mizter Okyere.

The night saw a spectacular jazz performance by Mizter Okyere in perfecting “Mad Over You” by Runtown in sanxophone rendition.

GBA is an awards scheme which aims at honouring excelling beverage stakeholders in Ghana for their contribution to the country’s economy.

Watch Mizter Okyere play with his toy below:

Thu Jul 19 , 2018
DOWNLOAD MP3: Wendy Shay – Bedroom Commando (Prod. By MOG Beatz) We present to you the official mixed and mastered version of Wendy Shay‘s latest single “Bedroom Commando” produced by MOG Beatz. The song is the second single for the RuffTown Records signed songstress after the much talked about and […]

FreeVibe Welcomes The New Year With A New Song – “Nonstop”