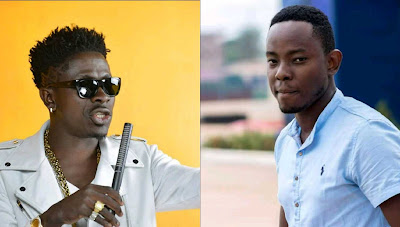 Blogger and Radio Personality, Ebenezer Nana Yaw Donkor popularly known as “NYDJ” of Y 102.5FM in Kumasi has been threatened to be sued by self-proclaimed Dancehall King in Ghana, Shatta Wale following reports that he (Shatta Wale) tried hiding a white substance suspected to be cocaine in a video he shared on Snapchat.

Shatta Wale an hour ago took to his Facebook wall to send a signal across regarding a lawsuit to be filed against the said Blogger.

“You will be an example..you this blogger….Said i was “hiding cocaine in my car”… shatta movement wont beat u or lynch u but u will face the law.. ..”

The Student Nurse Distress, A Wake Up Call?